Masnawi Sacred Texts Of Islam Bok Five Masnawi Sacred Texts Of Islam Bok Five - Mevlana Celaledin-i Rumi The Bok Five of the Masnavi must be read in order to understand the other first Four volumes. It also includes popular stories from the local bazar to fables, tales from Rumi’s time: Story I: The Prophet and his Infidel Guest Story I: The Arab and his Dog Story I: The Sage and the Peacock Story IV: Muhamad Khwarazm Shah and the Rafizis of Sabzawar Story V: The Man who claimed to be a Prophet Story VI: The Disciple who blindly imitated his Shaikh Story VI: How Adam was created out of a handful of earth brought by an Angel Story VI: Mahmud and Ayaz Story IX: The sincere repentance of Nasuh Story X: Lion, the Fox, and the As Story XI: The Mosalman who tried to convert a Magian Story XI: The Devote who broke the noble`s wine-jar. The Masnavi is divided into six boks, and Rumi wrote prefaces for each bok. The earliestcomplete manuscript (the "Konya manuscript") was completed in December, 1278 (five years after Rumi`s death). • Boks 1 and 2: They “are principaly concerned with the nafs, the lower carnal self, and its self-deception and evil tendencies. ” • Boks 3 and 4: These boks share the principal themes of Reason and Knowledge. These two themes are personified by Rumi in the Biblical and Quranic figure of the Prophet Moses. • Boks 5 and 6: These last two boks are joined by the universal ideal that man must deny his physical earthly existence to understand God’s existence. 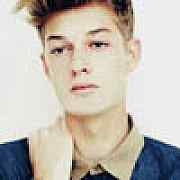 Interesting, but kind of overly-emotionally driven for my taste.