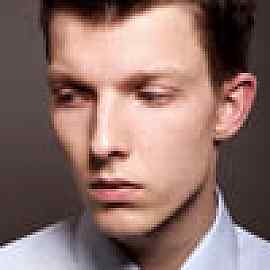 First of all, for the majority of my friends, if you read the book and come upon discussion of "eight-pagers" or a woman named Barbara, just skip ahead. Lots of needlessly sexually explicit moments. They don't move the plot forward, though perhaps they illustrate the crude nature of the circus at the time. Sex scenes aside, it wasn't great. The writer was very descriptive, but character development was not her strong suit. As a matter of fact I think the love story also fell really flat for me too. The only parts I truly enjoyed were the scenes where Jacob is in his 90's and describing the indignities of old age. That said, I'd still see the movie, but only as a rental. At the risk of sounding like a hippie modern, I "found" myself through reading this book. In high school I feasted upon the romances of Sir Walter Scott. I read through Rob Roy three or four times, longing to be a Scottish outlaw heroically resisting the banking apparatus which has destroyed lives and nations. Indeed, I longed to see myself hiding in the glens (or bayous) about to carry out some raid. While this history does not have the same romantic flavor as Rob Roy and Ivanhoe, one still gets the "Scottish" charm. Scott occasionally violates the line between prose and poetry when describing the beauty of the Scottish highlands. As history goes, this is actually one of the better ones. Scott is not neutral, but more importantly, he is not neutral in the places which you do not expect. He avoids facile conclusions like, "Scotland good; England bad." More so than others, he is aware of the painful nuances of post-Cromwellian British history. The battle is not between England and Scotland, but between Cromwell and Presbyterian, Cromwell and Jacobite, Presbyterian and Jacobite, and obviously, Presbyterian vs Presbyterian (!!!!). And then there are the Anglicans. Scott narrates through the nuances far better and more effortlessly than any theologian. I am not the "covenanter-wannabe" I was when I first acquired these books. Indeed, I am quite critical of the Covenanters. That said, I, with Scott, duly note areas where the Covenanters showed true Christian heroism. On the other hand, I, with Scott, acknowledge areas where the Covenanters are guilty of downright murder--and to point this out, contra Joe Morecraft, does not destine one for the lowest pits of hell. Sir Walter Scott's sympathies lie with the Jacobite Highlanders, but not so much with James II's attempts to reintroduce Catholicism in Britain in a crass, top-down manner. And that's my position as well. One area of criticism with the modern editing of the book: the subtitle suggests part of the narrative deals with Rob Roy's heroic exploits. It does not. Rob Roy does not appear once in the book. True, the last chapter does set the stage for Roy's career, but Roy does not appear in this book. This book is probably a bit more advanced to be advertised to ten year olds (as Scott thinks). On the other hand, it is the best introduction to the Covenanters and the post-Cromwellian period. As the Calvinist reader may be familiar with, these books are much better than the "Banner of Truth" books on the Covenanters. These books, to the contrary, provide a consistent narrative and avoid a lot of extraneous detail.