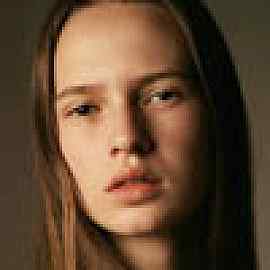 ** spoiler alert ** What kind of Bones crazed fangirl would I be if I didn't post my thoughts on TSoTG? I'll be quick(ish) about it. Promise. So maybe not one of the strongest installments of the series, but definitely one in which we see a lot of interesting shit go down. In Cat's life, there is never a dull moment. So it is no wonder that when she is accused of wanting to rule the undead just because she is the World’s freakiest bloodsucker, a war threatens to break out between vampires and ghouls. What's a girl to do? Put on her grown up panties and kick some ass, that's what! Being inside of Cat's head is always a little trippy, but also hella fun! She is fiercely loyal, insightful without being overly analytical, and humorous in her musings. There is a lot to appreciate about a character like Cat, especially since the series allows readers to follow her along and watch her develop. Of course, she is not without her faults, but she struggles through them very openly and honestly. She wants to learn from her mistakes, and she actually takes the time and effort to listen to and think about another's logic. Even if they disagree with her, she often finds understanding in their point of view. She also wants to resolve hostile situations without having to shed blood. When that is not possible, she reflects on the why of it. She is constantly having to brave many difficult decision, and her bleeding heart often gets in the way, yet she powers through with admirable grace and strength. I can't say enough about how much I adore her as a heroine. As always, Bones unabashed love and loyalty to his wife is something I never tire of reading. He constantly pulls on my heartstrings with his very presence. But I think the real show stealer in TSoTG was Tepesh. He is more than a powerhouse of lore and legend, yet I really can't describe his dynamic with adjectives or even words. Frost's version of the most famous vampire in literary history is really one that won't easily be contended with. Simply put, he is full of awesome. Overall, TSoTG brought back a lot of beloved characters and had a great mix of scenes, from the ones reminiscent of the first days that Cat trained with Bones, to those of plotting and of heart stopping action. And not to be forgotten or outdone, readers are also treated to some smexy times with the insatiable married couple. Generally, I'm not a fan of hot wax, but I can certainly appreciate Bones's reaction to it. :P I really enjoyed my time reconnecting with the NH characters and world. But more fun than reading the book was listening in on the Night Huntress discussion chat with Jeaniene Frost, hosted by Larissa and Jackie of Bookish Escape. I actually called in with the world's stupidest question and embarassed myself just because I wanted to talk to Jeaniene! Ooooh, but guess what, Jeaniene did reveal some interesting Easter eggs. Ones that I didn't know about, and now I'm super curious to go back and look for. Very much looking forward to the next book! Anyone else think Cat asked Bones if they could adopt? http://www.theunreadreader.com/2011/0... I liked the whole art and teenagers thing, but I found Poppy's dialogue (and Jason's) so stilted and awkward that I had to drag myself through this book. 2.5 stars.